16 DAYS OF ACTIVISM
Center for Conflict Resolution (CECORE) is implementing phase II of the Youth Peace Champions project in selected post- conflict communities in Uganda. The project aims at preventing re-radicalization, in a bid to prevent the targeted youth from sliding back into acts of violence.
d4f570d4-e9bb-4db9-a62a-757e28792dd0 (2)
Adobe Acrobat Document 436.1 KB
Download

Center for Conflict Resolution (CECORE) is implementing the “Youth Peace Champions – Phase II” project in selected post-conflict communities in Uganda. The project aims at preventing re-radicalisation in a bid to prevent the targeted youth from sliding back into acts of violence. The project’s main target is youth (18-30 years) who have previously been involved in (armed) violence. It also supports youth groups who are engaged in peacebuilding. The project has two main interventions – peace building, and “Connectors for peace”.

In 2022, the project is being implemented in 4 selected districts – Kasese in South Western Uganda, Kaabong and Amudat in Karamoja region -North eastern Uganda, and Amuru in Northern Uganda. These youth become change agents in their communities, lead in transforming the attitudes of their peers in the community and are referred to as “Peace Champions”. The project is funded by the Germany Government through ifa-zivik.

Some of the key activities under the 2022 project include: Baseline study, training in peace building and conflict transformation, skills training in “connectors for peace”/income generating activities, training in Trauma healing, and training in Climate change and conflict. Others include provision on supplementary materials for “connectors for peace” initiatives, community awareness raising and dialogues, mentoring, market linkages, and experience sharing meeting. In each of the districts, 3 groups are selected.

Members of Youth groups in Amudat district – during a baseline study in April 2022.

The project builds on similar projects in 2019, 2020, and 2021 in districts like Kaabong and Kotido in Karamoja region (North eastern Uganda), Kasese (South Western Uganda), Yumbe (West Nile region) and Lira (Northern Uganda). The projects are implemented in an inclusive and active participatory manner with active participation of youth (male and female) and other actors like community members, community leaders, local government leaders, CSOs, existing community Infrastructures for Peace, etc. – in a “whole of society” approach of transforming conflicts and promoting and sustaining peace. 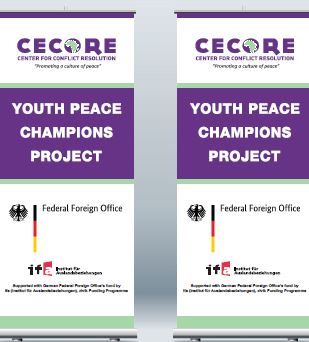 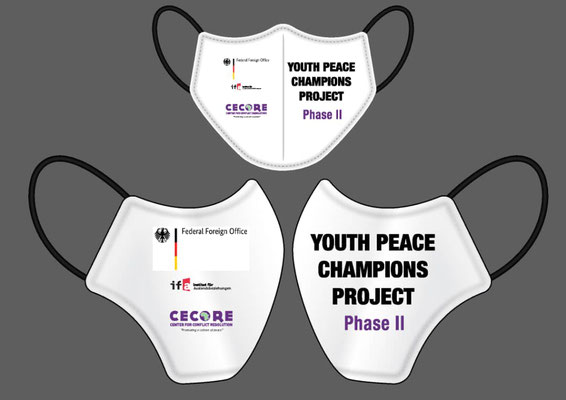 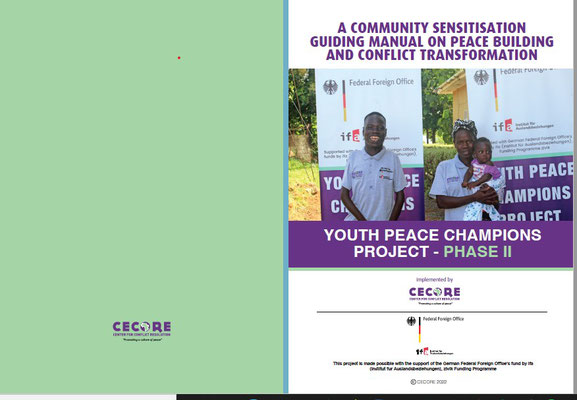 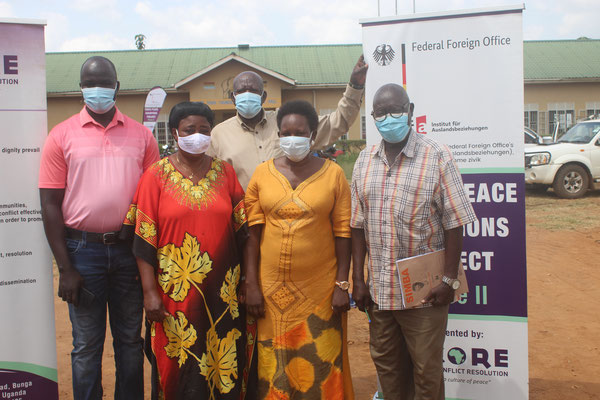 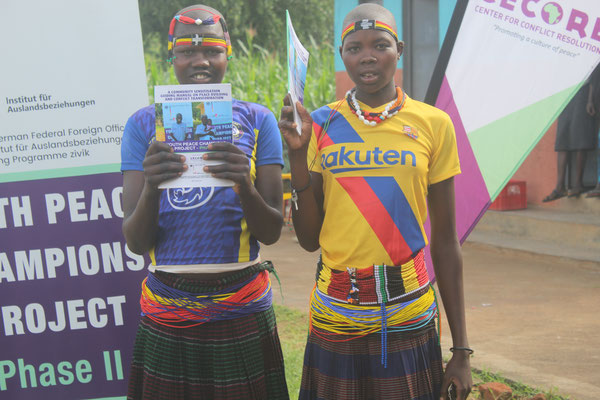 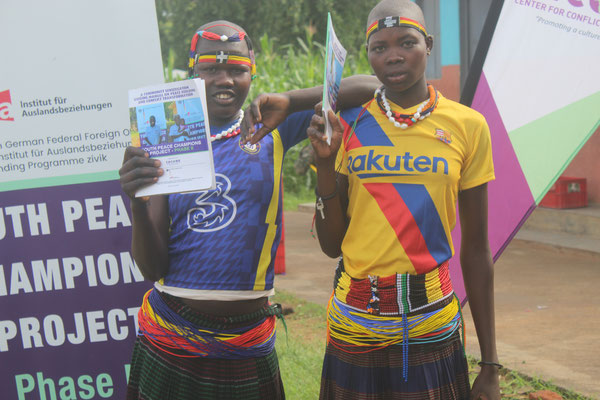 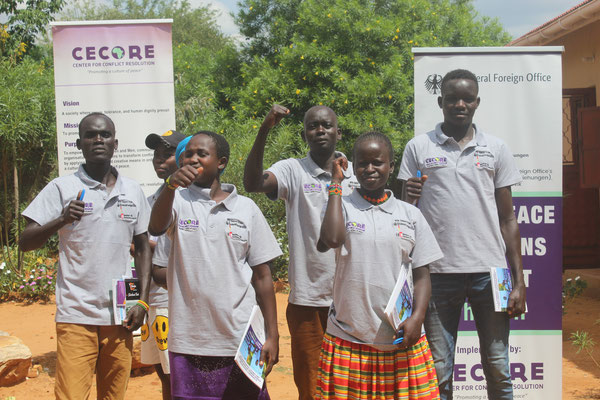 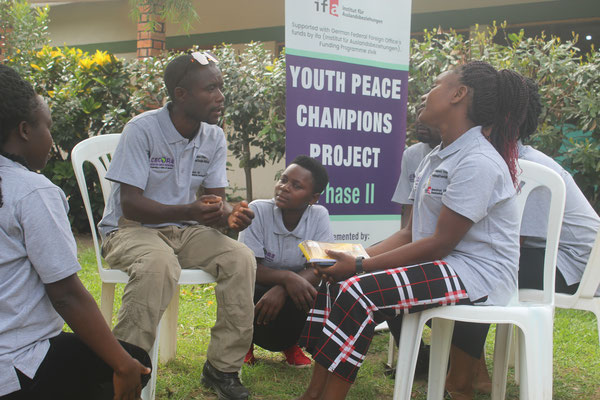 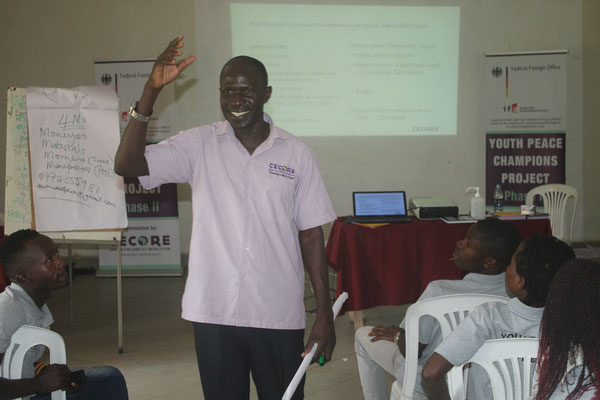 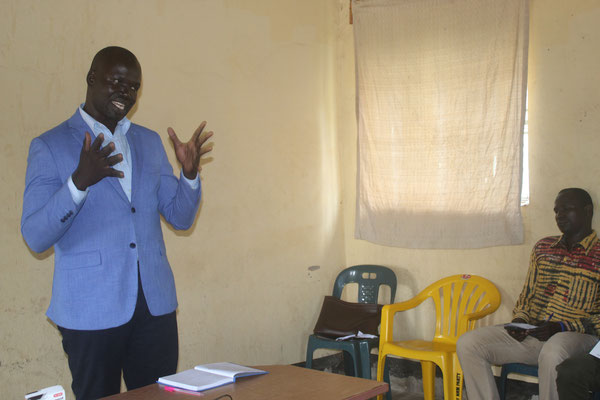 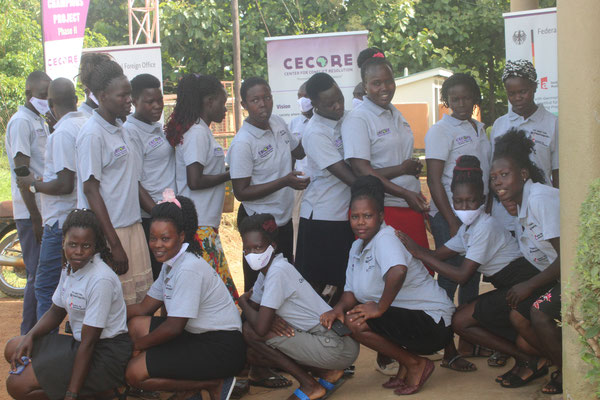 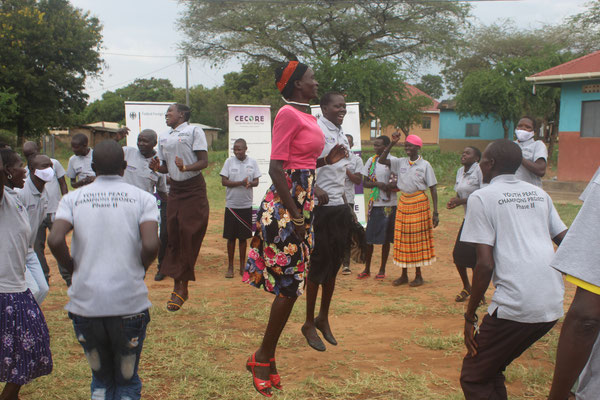 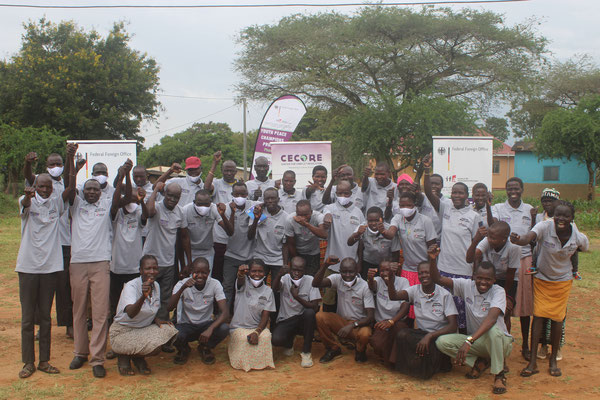 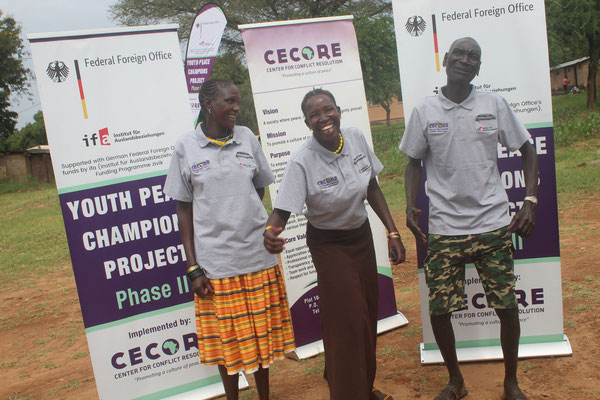 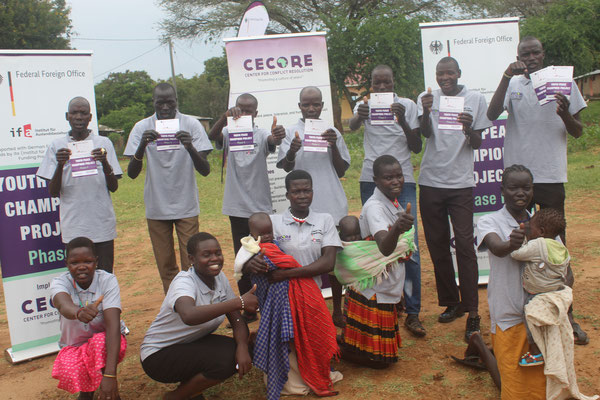 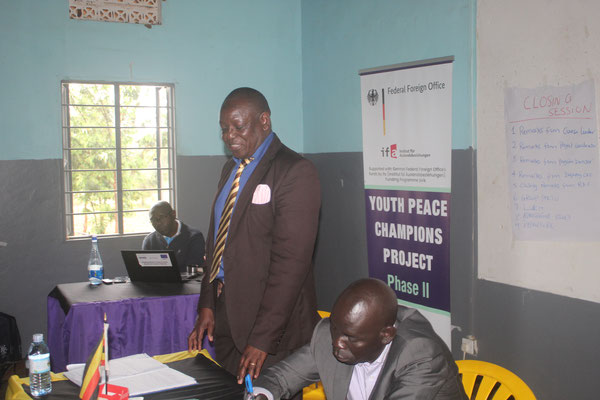 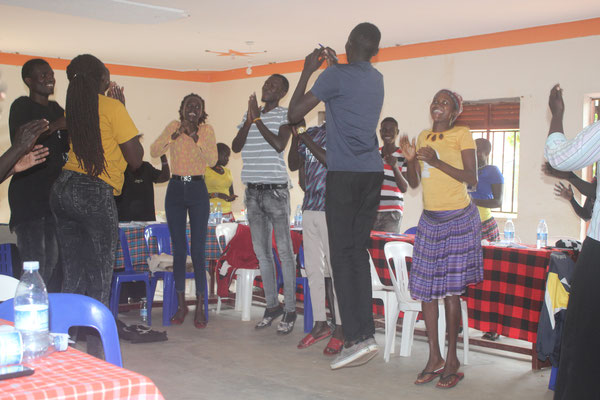 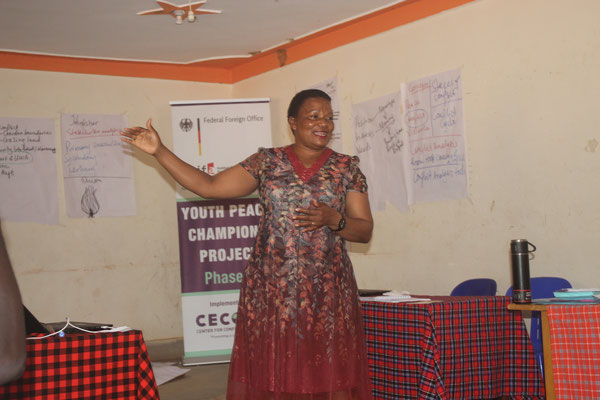 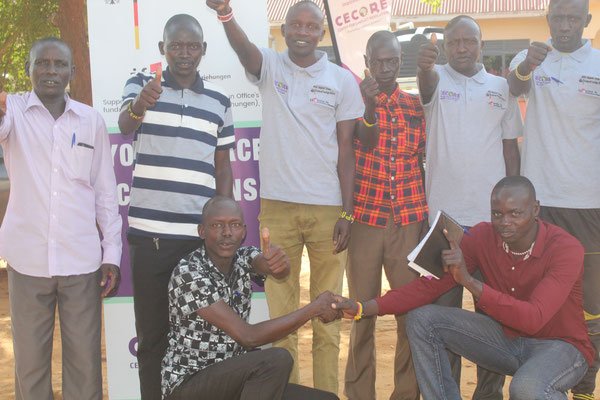 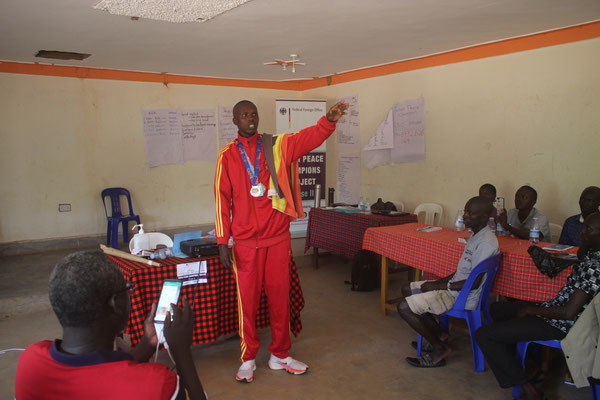 “promoting  a  culture of Peace”